On June 6 top Indian and Chinese military commanders held a meeting in Ladakh to defuse the ongoing standoff between Indian Army and People’s Liberation Army (PLA). But the meeting ended inconclusively without any joint statement. Since India China border dispute and standoff is at multiple points from Galwan area, Pangong Tso, Gogra post in Ladakh to Naku La in Sikkim. Hence, so much confrontation is not going to resolve quickly through talks.

And later statement by the Ministry of External Affairs that multi-round of talks will continue both at the diplomatic and military level to diffuse the current situation is the testimony of the above fact.

Now let us look at what are events that triggered China to do this sort of adventurism:

After Dokhlam standoff in 2017, India is continuously increasing its capabilities along LAC. This year Border Road Organization (BRO) has announced an ambitious target of the imminent completion of 11 new roads along LAC, nine by next year and all 61 strategic roads by 2023.

Maybe this is the reason which triggered security concerns in Chinese strategic minds and subsequently gave a push to respond in such a manner.

Further India’s recent policy of FDI approval by the government in case of FDI coming from neighbouring countries (which primarily aimed at China) may have irked China.

Secondly, since the glory of Xi Jinping is fading due to the ongoing crisis in Hongkong, world anger against China on COVID-19 issue. Thus Xi may have thought to show some muscle both domestically and internationally to consolidate his authority.

There are various other assumptions cited by many security experts, but they haven’t convinced me much.

Among those is that China’s intrusion may be a response to India’s decision to convert Ladakh into Union Territory. But this argument sounds interesting to me on multiple grounds.

Firstly if Ladakh changed into UT almost nine months ago then why the Chinese reacted in this manner so late?

Secondly, although Chinese criticized India move to convert Ladakh into UT; but they never asked India to reconstruct Ladakh into the state.

And lastly does the conversion of Ladakh into UT changed the actual status of LAC, India’s infrastructure development status along LAC, and further India’s claim on Aksai chin.

Another argument is that India’s growing closer ties with US A (the especially US-led Quad)  probably angered China which ultimately let them show such disturbing behaviour. But this argument has its own demerit as follows.

How does holding a good relationship with other country cause problem to China when China itself does the same (vis-a-vis Pakistan). If the above assertion is true, then how can China and Indonesia have a territorial dispute. Natuna islands which are under the Indonesian Exclusive Economic Zone and beyond China’s claimed nine-dash line is constant cause friction between Jakarta and Beijing.

Indonesia does not support the US approach to Indo-Pacific. In fact, it created its own strategy, which is also endorsed by ASEAN) and remained non-aligned throughout has not been able to deter China’s muscular behaviour inside its own waters.

Now let us look at what are the real Chinese objectives and how did they operate to achieve their goals:

India persists on this different perception theory of LAC, but in reality, Chinese have been gaining control over massive territory in Eastern Ladakh since the 1980s.

According to Shyam Saran, Report India has lost almost 640 square Km due to “area denial” set by PLA.

Chinese intrusion is its never-ending effort to push Indian troops westward of Indus and Shyok river to reach the 1960s claimed line.

Out of 857 square kilometres long border in Ladakh, only 368 square Km is in international boundary rest 489 square Km is along LAC.

Initially, at eight points both sides have different perceptions from Samar Lungpa, Despang, Hot spring, Chnglun and Dhumtscle but China raised two fresh points at Pangong Tso (where it claims 83 square km) and Chumar ( 80 sq km) as highlighted by the former ambassador and expert on Chinese and Ladakh affairs P. Stabdon.

The further recent claim of Galwan area by Chinese official media Global Times made the Chinese intension much clear.

Chinese are continuously trying to revise the boundaries in various regions by making infrastructure on disputed territories while denying others to do the same on this own regions.

A similar example can be drawn from Chinese claim on the whole South China Sea, where many of its islands fall clearly in the Philippines and  Vietnamese water.

Territorial conquest since the end of world war two is declining, but conquest in lesser form is continuing.

And Chinese have mastered the art of “art of least war-prone ” form of conquest to grab several territories along LAC.

Since due to the shadow of nuclear weapons, the possibility of full-scale war is low, so China is using psychological tactics to bully others.

Due to the shadow of nuclear weapons, the possibility of full-scale war is low, so China is using psychological tactics to bully others. Click To Tweet

If we observe the intrusion points carefully, we can conclude that these points are carefully selected where China enjoys considerable leverage in terms of military infrastructure.

The further standoff is at some strategic location. For example, if Pangong is taken, India will be unable to defend Ladakh, and if China acquires Shyok and Nubra valley, then they can even reach Siachen.

India can also take a note on how China has settled the border with neighbouring Kazakhstan, Kyrgyzstan and Tajikistan simultaneously by using the scheme of incentive with coercion.

India has been continuously negotiating with China on border questions, but since the balance of power (both economically and militarily) is in China’s favour, it may be assumed that China has little to gain from negotiation. So China is trying to create its own narrative using the threat of force.

How to deal with China?

1) There are several points along LAC where Indian armed forces have the upper hand so they can do counter intrusion to limit the Chinese.

2) Since Chinese are using different perception theory to justify its claims. Therefore India must challenge this theory and call out Chinse revisionist policies to set the narrative straight.

3) A strategy of non-alignment, hedging our alignment with China would not serve any purpose to India’s security, regional and international interests. Therefore a closer alliance with the US (both share common concern vis-a-vis China) which India already pursuing is going to serve India’s interests.

4). Engagement with China should be viewed holistically, and option beyond LAC should be considered by investing in long term acquisition of trans border indigenous military capabilities.

In conclusion, India needs to understand that age of appeasement is over. Now the time has come where India has to make some hard strategic choices to counter China. 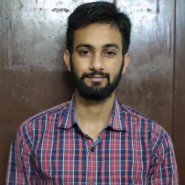 Nishendra Singh is an independent researcher with open dialogue and actionable ideas. He blogs about international issues and security stuff. Catch him on Twitter @singh_nishendra