In recent years, Delhi has earned the title of “RAPE CAPITAL” of India with the efforts of despicable, shameful, barbaric, filthy and lusty youths of India. Very soon, I am 100% sure that the entire country or The Great Nation “INDIA” will earn this discreditable, louche, ignominious title “RAPE CAPITAL” of the world. Nothing is going to be more disgraceful than this as far as the humanitarian or international cultural and social ground is concerned. This content is curated for the overall analysis of “Bloody Sluggish Judicial Process- The Consequence of Brutal Rapes” and apathy of the whole corrupt system.

Incompetent, ineffective and useless “POLICE”, lethargic and corrupted “BUREAUCRACY”, immoral, illicit, illiterate and opportunist “POLITICIANS”, sluggish and damn slow “JUDICIARY” and bloody “DEMOCRACY” with full of pseudo-intellectuals, liberals, hypocritic human rights; which are propagating the thoughts of idiots and bunch of monkeys are the only reason of this series of heinous, brutal, unembellished and ferocious rapes and killings one after other.

Nirbhaya case is the most suitable example of our entire system of Justice. When this sheer brutality led the nation into street protests, candle march and everybody is desperate and impatient for justice. They wanted instant justice in any case. Fast track court established but the ultimate unfortunate of our country is; even after seven years, the “Rapists” were alive, and we pay taxes for them. Our great judicial system drags the case without any means. Moreover, the saga honourable court is; trial after trial, appeal after appeal continues.

Mrs Asha Devi, mother of Nirbhaya, says, “In India, rape cases are still being dragged, even after some amendments and necessary changes after my daughter’s rape”. Such a handicap judicial system is resulting in the same incidents one after another.

Rapists are so fearless; that they are dragging girls out of their cars in front of their families. Furthermore, after playing with her as a toy, these animals are brutally raping and burning. These lusty wolves are not scared of either the police or the courts.

The biggest and fake promises which are made in the history of Indian law is the “The Fast-Track Court”. Lawyers are the biggest culprits in this. They keep postponing appearances,” explains Ranjana Kumari of the Delhi-based Centre for Social Research.

Rape trials in India can proceed at a glacial pace, dragging on at least for 7-10 years, if not longer. When a case is resolved relatively swiftly, it invokes stark comparisons with the many others that are not.

Some Heinous and Horrified Rape Which Happened in 2019 Are;

“Controlling it is the most daunting challenge, and the overall data is increasing at a staggering rate.”

Earlier the cruelty and slavery was in the form of “PURDAH SYSTEM” (PARDA PRATHA), “SATI PRATHA” and many more. Moreover, men were very arrogant about it by acting quintessentially.

This is the first generation where women are not kept inside their houses in-toto. Vis-a-vis, more or less they are going to schools, succeeding in their lives in a better way and establishing themselves in big corporates, bureaucracy, and many other professional designations to fulfil their dreams.

When India is trying to establish the perfect coordination between the gender equality by uprooting unconventional, orthodox and stereotype thinking of male-dominated society; then these “LUSTY WOLFS” and “INFERIOR RACES” are pulling India back by ruining the image of society and nation as a whole.

Apocalyptic Hope of Girls and Parents:

Pay is poor, and opportunities for advancement are rare, leaving many police officers dependent on bribes to support their families. In India, is ipso facto proven right that those who do not have money or political connections are often ignored.

In cases of sexual assault, do requirements for corroborating evidence help or harm the pursuit of justice. When a girl is brutally raped, then according to the evidence act, she must carry some scratches or wounds on her body. She also has to answer any questions throughout many years which makes her very uncomfortable.

If a woman or her parents keep fighting from social, mental and physical; then cases are dragged for more than seven years without any conclusion. Furthermore, in these seven years, many other girls are being brutally raped and murdered. The apathy of police, government system and the slow judiciary are just a watchdog.

The bench headed by CJI Dipak Mishra sentenced the death penalty after multiple appeals and trials and passed the verdict by saying, “The casual manner with which she was treated and the devilish manner in which they played with her identity and dignity is humanly inconceivable. It sounds like a story from a different world where humanity has been treated with irreverence”.

“The appetite for sex, the hunger for violence, the position of the empowered and the attitude of perversity, to say the least, are bound to shock the collective conscience which knows not what to do. They had committed a barbaric crime that had shaken society’s conscience”.

Nevertheless, even after seven years, they are not hanged, and Indians are paying taxes for their livelihood.

What a shameful act the Judiciary is doing.

Slow Judicial process is leading the nationwide protest. Indians want to lynch the barbarians and rapists. Now, they do not want any court trial, or even they do not care about such a useless system. They are merely following the line of democracy whose constitution says, “Democracy is direct self-government, over all the people, for all the people, by all the people”. If they do not get justice at the right time, lynch or encounter the rapist is the most suitable and right path for justice.

Nowadays, pseudo-intellectuals and liberals are just doing mockery and has become a joke only. They should be tightly slapped.

Pseudo-intellectuals and liberals are self-proclaimed economists, social reformers and protagonists; who can cry on every point over human rights of Afzal Guru, Yakub Memon, Burhan Wani, Kasab and many others. This list is endless.

They can label hypocritic and propagandist Ravish Kumar as the most celebrated journalist ever born on this planet; who has taken all his notes from the leftist’s books, but they can troll Arnab Goswami.

They will never talk about the excellent handling of the Kashmir issue where Hurriyat has been driven out, and most of the terrorists have been eliminated. However, they will curse the Indian army.

These pseudo-intellectuals and liberals never talk about the sheer brutality, rapes, and murders happening by lusty wolves; but they can cry through their whole life about the justice of lynched or encountered “Merciless Rapist”.

So, pseudo-intellectuals and pseudo-liberals need to be “JUST SHUT UP”!!

How to Stop This Catastrophe:

I agree that turning India into “LYNCHISTAN” would not stop rapes, and this is not a solution. After a few years, many innocent people will also be lynched in dirty politics. Especially when mob violence is one of India’s biggest challenges. According to a report in Quint, there have been 113 cases of mob lynchings in India since 2016.

If India is capable of building massive infrastructures, industrial automation, PM, CM, President’s residences with well modern equipped technology; then fast track session courts can be built, more judges can be appointed, and individual and separate court can be made only for “RAPE and MURDER” cases.

“Instinct Justice is needed. If justice is not on time; it is just irrelevant and meaningless.”

(Note: After the identification of who is “Innocent” and who is the “Culprit”.)

On the one hand, instead of symptomatic treatment of the issue, India currently needs to dig deeper into what causes violence against women in the country. The country wants its women to shine, to go to space, to go to school. Furthermore, it never fails to romanticise misogyny violence against women. As a human being or being human, it is our moral, social and collective responsibility to reform the society.

If the people of India and the system involved in the constitution such as Police, Bureaucracy, Politicians and Judiciary will work collectively by expediting the process; then only this critical issue can be resolved, and the cancer can be treated. 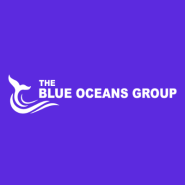